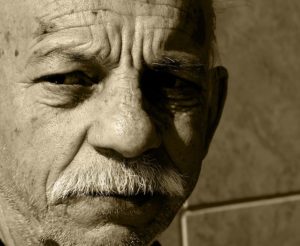 The needs of men are often neglected in today’s society. Given that women make up the majority of counselling clients – research that’s conducted tends to focus more on what is helpful for them than men, simply because they make up a larger share of the research participants. It’s important to understand how to be effective when working with men dealing with mental health issues or suicide.

The five stages are:

Each of these will be reviewed below.

The first element of any therapy or counselling is establishing a strong therapeutic relationship. The SOLER elements of active listening (Egan, 2007) can be useful, although with a change noted below. There are also some things that can be used to establish rapport when counselling men or boys (Kiselica, 2003), including:

Kiselica also notes that traditional models of engaging with clients (especially young boys) may be ineffective, and that a more instrumental, active or group-based process may be useful.

A strength-based assessment (Graybeal, 2001) acknowledges the overlooked assets that men bring into the counselling relationship, rather than focusing on problems or challenges. This continues into the next stage (identification of strengths). In addition to identifying strengths, the concept of gender role conflict should be explored.

Gender role conflict (O’Neil, 2008) is defined as “a psychological state in which socialized gender roles have negative consequences for the person or others” and involves six elements (O’Neil, 1981) that have commonly be forced upon men:

By developing a deep understanding of the conflicts your client is experiencing you will be better able to identify strengths and plan appropriate interventions in the next stages.

Identifying strengths is paramount to a positive therapeutic environment when counselling men, especially for men who have been rejected by therapists in the past. Some positive male qualities include (Oren, et. al., 2010; p.59):

These and other values (self-sufficiency, achievement, efficiency, loyalty, and pride) can help build often-fragile male self esteem and provide a framework for intervening.

Now that you’ve performed a comprehensive assessment and you have an understanding of your client’s values, strengths, and what gender role conflict they may be experiencing you are ready to begin planning effective interventions while counselling.

Exploring times in the client’s past when they were able to cope with the problems they’re experiencing now and allowing them to narrate the stories in their life. (Smith, 2006)

Employment is often an area where men succeed, even as they are challenged in their personal life. Using work as a metaphor, men can apply the attitudes of being assertive, prioritizing, building relationships, and so on. Applying these lessons and potentially hidden skills to their personal life can help men improve their ability to deal with problems at home.

Throughout the counselling process it’s important to recognize the impact that gender roles has on someone’s behaviour. Gently challenging these and other beliefs (like those around social support or emotional expression) and encouraging new ways of men expressing themselves are ways of working through the intervention stage. (Oren, et. al., 2010; p.145)

The final stage in counselling men is resiliency and termination. This starts with identification of male-positive resources or institutions such as programs to promote healthy marriages or healthy children (Oren, et. al., 2010; p.38) and finding other more informal supports in the client’s life such as friends, family, coworkers and professionals like doctors, coaches and clergy.

Finally, modelling elements of good termination in general counselling can help the client terminate other relationships (such as with partners) in their personal life more effectively. These elements include (Hardy & Woodhouse, 2008):

Courtenay, W.H. (2011) Dying To Be Men: Psychosocial, Environmental and Biobehavioral Directions in Promoting the Health of Men and Boys. Routledge: New York, NY.

Cite this article as: MacDonald, D.K., (2016), "A Five Stage Model for Counselling Men," retrieved on January 28, 2023 from http://dustinkmacdonald.com/five-stage-model-counselling-men/.