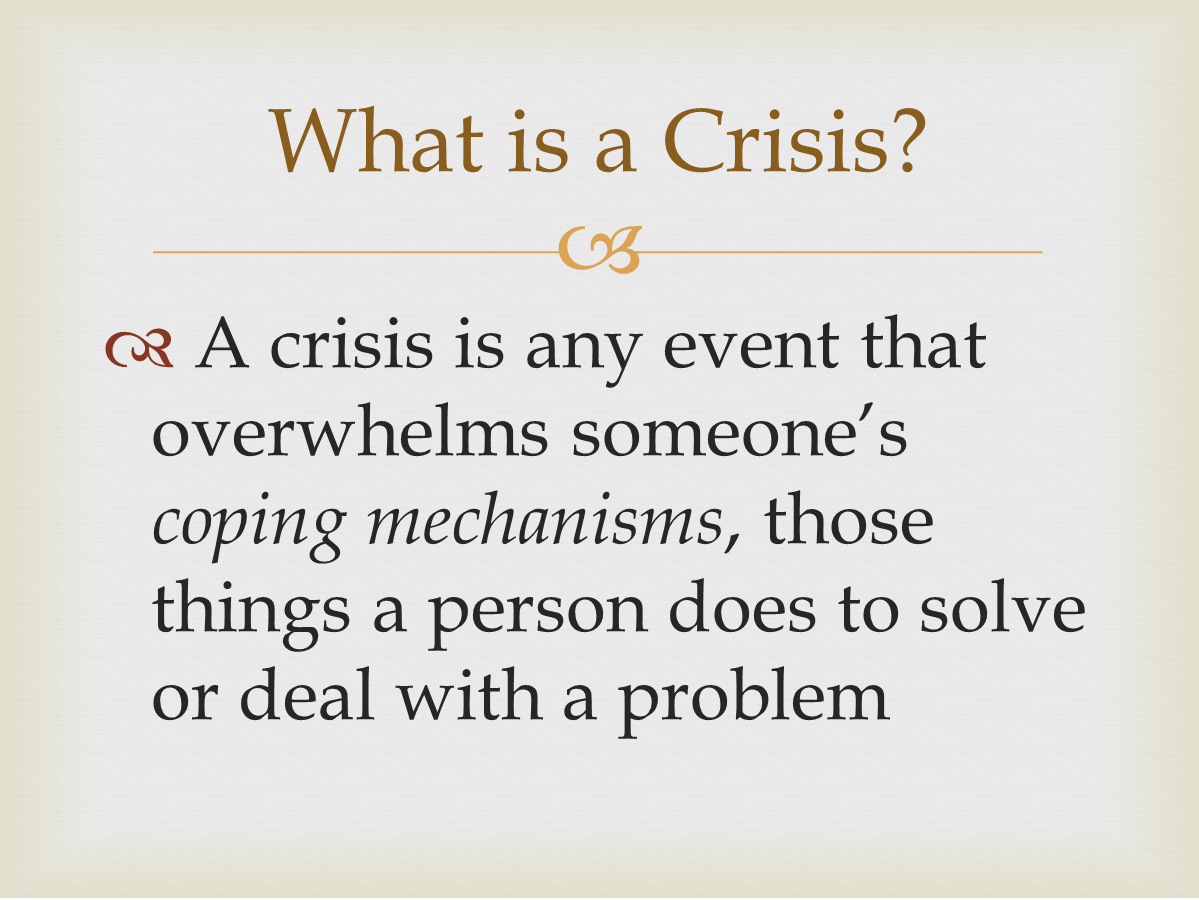 The following is a presentation I prepared in 2012 on Suicide Awareness for delivery at Durham College. It’s just been sitting on my hard drive since then, so I’ve made it available for other organizations that wish to provide suicide awareness presentations. The content is reproduced below, and you can download the slides here. Although the content takes a Canadian focus, I’ve noted US statistics where possible.

What is a Crisis?

A crisis is any event that overwhelms someone’s coping mechanisms, those things a person does to solve or deal with a problem